Dr. Robert Matz is the Mason Korea Campus Dean. He is responsible for leading and managing all aspects of Mason Korea’s programs and operations in close coordination with Mason’s Fairfax Campus. A faculty member at George Mason University for over twenty-five years, he has previously served as Chair of the George Mason English Department, as Senior Associate Dean of George Mason’s College of Social Sciences, and as Interim Dean of the college. He brings to Mason Korea this experience in academic leadership, his commitment to excellence in teaching and research, and his dedication to the opportunities for international exchange that Mason Korea offers.

An expert on English Renaissance literature, Dr. Matz received his Bachelor of Arts from Cornell University in 1986 and his Doctor of Philosophy from Johns Hopkins University in 1993. He has published essays on Shakespeare and on Renaissance poetry and poetic theory, as well as two books, Defending Literature in Early Modern England: Renaissance Literary Theory in Social Context and The World of Shakespeare’s Sonnets: An Introduction, which was selected as a 2008 Choice Outstanding Academic Title. His edition of two English Renaissance marriage sermons was published in 2016. He has served on the Executive Committee of the Association of Departments of English, and on the Executive Committee of the Folger Institute of the Folger Shakespeare Library. He teaches courses on sixteenth and seventeenth-century English literature, and on Renaissance drama, including Shakespeare. 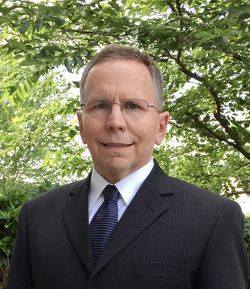 Pat Quinn is currently the Chief Business Officer for the GMU Korea campus where he oversees all finance, human resources, administration, and facilities operations for the institution. Prior to this role Quinn was Regional Director at the University of Maryland Global Campus (UMGC) and responsible for enrollment operations at six locations in South Korea.

Quinn is no stranger to George Mason University. Prior to UMGC, he was the Director of Student Fiscal Services at Mason for 14 years, where he was responsible for student services, billing, financial controls, and $500M in annual accounts receivable. In this role, he coordinated projects to increase efficiency and reduce costs, as well as collaborated on fiscal processes for new university initiatives and partnerships. While at Mason, he served on the National Association of College and University Business Officers Student Financial Services President’s Council, which developed best practices for emerging issues such as compliance, key performance metric measurement, procedure standardization, and financial service training programs.

Quinn received his Bachelor of Science in business management from the University of Phoenix, and his MBA from Arizona State University. 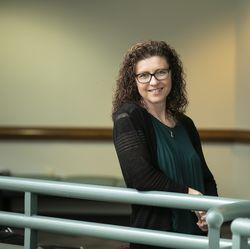 Previous administrative experience includes service as chair of Mason’s Faculty Senate, as co-chair of Mason’s 2019-20 Presidential Search Committee, as interim senior associate dean in Mason’s College of Humanities and Social Sciences, and as director of first undergraduate and then graduate studies in sociology in Mason’s Department of Sociology and Anthropology.

The co-author of four books and numerous articles, Dr. Davis’ research focuses on gender and the family. Other recent research has examined the processes through which inequality is reproduced or undermined in higher education with an eye toward understanding the role that undergraduate research can play in changing the future of the professoriate.

At Mason Korea, Dr. Davis is responsible for guiding and developing Mason Korea’s curricula, as well as advancing its student success and faculty excellence. Along with her colleagues on the Korea campus, she works in close coordination with Mason’s Northern Virginia Campuses to achieve these goals. Yorgun K. Marcel is associate dean of our Office of University Life. Before joining us, he worked as the assistant dean for students, director for international student affairs, and managing director at College of Wooster. Kelley earned her bachelor’s degree in government at the University of Redlands and her master’s degree in organizations and leadership at Columbia University’s Teachers College. In his seven years at UCI, Washington expanded undergraduate and graduate enrollment in the engineering school and recruited and hired one of the most diverse engineering faculty cohorts in the country. In addition, he established the University of California’s first student makerspace and launched the OC STEM Initiative, one of the nation’s first STEM ecosystems, in Orange County, California.

Washington created new graduate and undergraduate programs with the UCI business and humanities schools and led the development of the Horiba Institute for Mobility and Connectivity to advance next-generation advanced mobility systems.

Washington began his academic career in 1995 as an assistant professor in the Department of Mechanical and Aerospace Engineering at Ohio State University and served as interim dean of the engineering school from 2008 to 2011. Washington received the Alumni Award for Distinguished Teaching, the Harrison Faculty Award for Excellence in Engineering Education, and the Lumley Research Award. He also received the National Science Foundation (NSF) Faculty Early Career Development (CAREER) Award.

A first-generation college graduate, Washington is a New York City native. He earned three degrees in mechanical engineering, including his PhD, at North Carolina State University. Mark R. Ginsberg is Provost and Executive Vice President of George Mason University, the largest public research university in Virginia and a Carnegie research-one (R1) institution. He joined the University in 2010 as the dean of the College of Education and Human Development at George Mason University. Mason, with over 38,000 students, is a Carnegie Tier 1 university that is the largest public research university in Virginia. Dr. Ginsberg's career spans more than a 35-year period as a professor, psychologist and skilled administrator. He has published extensively in the areas of education, psychology, human development and human services. In addition, he has lectured and presented at over 200 conferences, seminars and other educational meetings and professional development events, both within the United States and internationally.

Dr. Ginsberg served as the Executive Director and Chief Executive Officer of the National Association for the Education of Young Children (NAEYC) from January 1999 until June 2010. Prior to joining NAEYC, Dr. Ginsberg was chair of the Department of Counseling and Human Services in the Graduate Division of Education at The Johns Hopkins University and a member of the faculty of both the Department of Psychiatry and Behavioral Sciences and the Department of Medicine in the School of Medicine. He had served as a member of the Hopkins full-time and part-time faculty for more than 25 years. Before joining Johns Hopkins, Dr. Ginsberg held the position of Executive Director of the American Association for Marriage and Family Therapy from 1986-93. From 1981-86 he was a senior member of the management staff of the American Psychological Association, after having been a faculty member in the Department of Psychology at the University of Rochester.